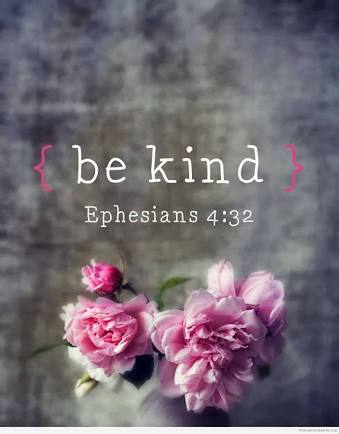 I have been relishing the sweetness of my mother tongue for the past one week. The realisation, that I have still not lost the ability to pen down( literally) a few words in Malayalam, has raised my confidence level immensely. I tried to focus on the light hearted and humorous .The Good Lord knows that we can all benefit by laughing at ourselves a bit! We are all too full of ourselves, generally speaking.

But then another memory emerged, and my mood changed: it took me back to the holiness of it all. The power of a question. Never, ever, underestimate that power to reach out.

When I reached the Bal Sishu Grih ( Home for the children: Orphans/ Abandoned) the classes were going on in full spree. Remember that a decade ago, things were very different. No High Court Committee was there to review and inspect the functioning of such homes. NGO and UNICEF representatives were not given access  freely. The Homes were under the iron control of a rather financially deficit department laboured with too much work and too less sensitivity. Oliver Twist in his orphanage, asking for more, and getting beaten for it- that would catch the picture.

A separate group of children were seated  on a verandah-they were all obviously mentally handicapped, MR, ( affected by mental retardation) and no one was there by their side. They sat vacant eyed and desolate. Pulled by something far beyond compassion, I moved to that corner. It was then that I saw him: bright eyed, eager, sharp !  A very normal child amidst that sad group.

‘ Who is that child? Why have you seated him amongst these kids?’ I asked the Superintendent.

‘ No one understands his language. So….’, she was apprehensive of disciplinary action.

‘ What do you mean? You never tried talking with him?’

She sensed my anger and kept quiet.

When I reached his side, I asked him in Hindi, ‘ Child, what is your name?’

He answered. He also said something in what sounded to me like Telugu.

‘ Are you from Andhra?’ I asked, smiling at him.

A barrage broke; as the ten year old started showering me with his words. I understood the gist of it but not all.

‘ How long since he has been here?’ I asked the Supdt.

‘ Almost three years, Madam. He was shifted from an Agra Home.’

I pulled out my mobile and called my dear friend and batchmate – a North Indian- posted in Andhra Pradesh. She came on line.

‘ I think this kid is from Andhra and accidentally ended up in UP. Please speak to him and tell me the details,’ I said.

She is one of the finest officers I know,( winner of the PM award of excellence ), but more than that she is a great human being. Ten years ago, that same sparkling genuineness, reached out through the phone.

I gave my phone to the kid.

When the phone was given back to me the child was sobbing and my friend was jubilant!

‘ Mini! This is a miracle! He is from a village in the nearby district. He says that he ran off after a bicker with his mother over his lunch and got into a train! The train reached Agra and a police man caught him. He has been in various Homes since then. Note down the address of his house. I shall inform them too.’

I sent the child, accompanied by a senior officer, the very next day to his village in Andhra. When the officer came back, he told me that the villagers celebrated ‘ Diwali’ due to the joy! ‘ Madam, that mother had given him up for dead. The police station had a report which read – presumed dead! I was hugged many times along with him! Felt wonderful!’

I felt happy that I could do my bit; and called my friend to convey my gratitude.

‘ Keep asking questions,’ she told me half seriously, half jokingly.

Yes indeed, the power of  a question! It can change someone’s life.

May the Lord enable us to ask the right questions. Always.

4 thoughts on “The Power of a Question…”