‘The Hammer of God’ has been an all time favorite. Chesterton’s Father Brown has been my soul delight since teenage. Recently, mesmerized by the BBC’s ineffable command of their background music-which can haunt you for years endlessly- I watched their new, delightful series based on the beloved, titular character.

The hammer was definitely not Thor’s (Forgive me Father, I could not help that pun); the story-line was totally different, and the depth of psychological analysis in the original was perhaps missing too. Except that they retained a single line about ‘the heights making men believe they were Gods perhaps!’

But my daughter and I agreed that Father Brown was adorable. His open mind, his love for scones, his ability to laugh easily ( In the ‘Bride of Christ’ he laughs out -and won my heart- when he reads the quote pasted to castigate: ‘When lust conceives, it shall bring forth sin!’) and his sweet simplicity, were hmm…plain delectable! I can  bring myself to forgive that they  mercilessly hijacked the classic story ‘Eye of Apollo’  only because of Father’s great charisma.Kudos, Mark Williams!

The Essays of  Elia (1823) by Charles Lamb is another classic.

I  got an opportunity to thoroughly relish his eponymous essay ‘A dissertation upon roast pig’  and  ‘A bachelor’s complaint of the behaviour of married people’ by chance accident…( Your hand reaches out to pick a book which just had these delights tucked away in them) only to watch the movie ‘Guernsey literary and potato peel pie society’ that blew in the essay on the pig-with its whiffs of simple joys- right back into my life a few days later. Serendipity? Oh, yes! May she continue to grace my life always.

In Joseph Addison’s essay on ‘Friendship’  (1888) he quotes from the Holy Bible presciently, ‘Some friend is a companion at the table, and will not continue in the day of thy affliction : but in thy prosperity he will be as thyself and will be bold over your servants. If thou be brought low, he will be against thee, and hide himself from thy face.’

Wow! How many of those ‘friends’ I have had! Exactly the above observed behavior!

‘The friend who speaks sweet/sugary words on your face but bitterly gossips about you behind your back, that one is wicked! His mind is crooked like a serpent’s path. It is better to forgo such a bad friend from your life.’

Note: While browsing through a magazine in a shop, I encountered the confession of a royal who had it all: including depression.

He said something deep. ‘ Depression is the inability to have feelings. It is not about bad feelings.’

For sunshine, Father Brown, chewing on the delights of roast pig and ruminations on the vagaries of  friendships… a toast for the joyous feelings that they provoke! Perhaps we underestimate the value of life’s most precious gifts- disguised as the simplest and easiest to find- on our life paths.

Title: Shamelessly copied from the starting of Addison’s essay.

God spreads all the paths

Those that were rolled up

They would hardly notice,

Since they would be walking

Above the earth in those moments.

Though they would not be partaking

Any word from it at all.

They would have already mastered

The art of speaking

Without words by then.

They would be gifted a time-book

In the turn of a page.

They would hardly cast a glance at it,

Since their journey had started

For making just one of them stand.

That day, for the first time

They would be satisfied with

It is raining books in my home:) What fabulous joy! My daughter’s first book has been published.

Here is to many more books and moments of celebrations Kathu! So proud of you. The best way of giving thanks to the Divine, is to share what we have with the world. 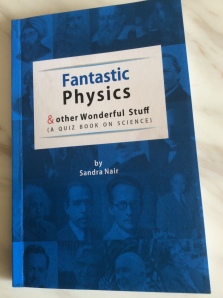 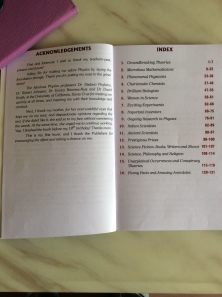 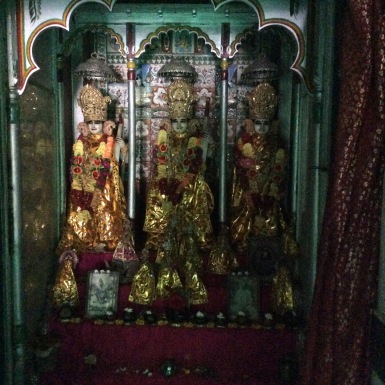 How do you define a miracle? Well, let me narrate an example. I got to visit the birthplace of Goswami Tulsidasji and touch the part of manuscript written by his own blessed hands- Ayodhya Kanda of SreeRamCharit Manas- the rest of this treasure lost forever.The Disciple Clan which continues to propagate the Gift, told me about how much Akbar The Great respected Tulsidasji, the story of Yamuna turning Kalindi because SreeRamji took a bath in her and left his Shyam rang( blue hues) in her waters, how Tulsidasj was obsessed with his wife and how she taunted him to devote himself to the Lord, of how he wrote SreeRamCharit Manas at the age of 76, of how the manuscript was stolen, and as per legends, thrown into the Ganga when efforts were launched to retrieve it….I was simply awed at the serendipity and blessing of it all…

There was a sudden official assignment and there I was  at Chitrakoot-  famous from Ramayana- visiting Gupt Godavari inside a magnificent cave where Sree Ramji was supposed to have dwelt for eleven and half years during his banishment. From there, a trip to Kamadgiri, a mountain blessed by SreeRamji as the ‘ The One who would grant desires.’ And the final stop at Rajapur, where Tulsidasji, son of AbhayRam Dube, was born. They showed me the saligram he worshipped and wore around his neck, his treasured manuscript- now preserved and protected- the handwriting mesmerising.

There is no coincidence: it is all part of a bigger design.How true it is that not a blade of green grass sways in this earth, without YOUR kind gaze, My Lord!!

The book I just finished reading is “Wild” by Cheryl Strayed. It is a memoir by a young woman, who, losing her mother, goes on a destructive spree and regains control of her fast unraveling life, by undertaking an excruciating one thousand one hundred miles trek across the Pacific Crest Trail. As she crosses the mountains and deserts with her “Monster” backpack, losing toenails and skin and handling the most challenging of routes, one step at a time, she masters the inner demons. She becomes the woman that her mother had always wanted her to be.

A lot of women walk through life, with symbolic “Monster” backpacks of burden. For some it could be psychological baggage, for others perhaps emotional issues, financial deprivations, lack of support from near and dear ones at critical points of life. You can extend that metaphor quite widely. But a lot of us are blessed that we have strong women and men to inspire us, guide us, love and nourish us at the time of our need. Certain institutions do that too- they nurture us by supporting us publicly.

Appreciations came to team Barabanky on several occasions- when we received the national level award for implementing Rashtriya Swasthya Bhima Yojana (RSBY) in 2013. It was followed by Late Rajeev Narayan Foundation award for public service in 2013. When Hindustan Times chose me for HT Woman 2014, it was a moment of sheer bliss for the whole team. It was our team effort which was being felicitated. It was a moment of pride to be in the Public Service.

The initiatives my team tried at Barabanky in the period of 2012-2014, were primarily focusing on women empowerment. It was a woman prisoner, who when I did my routine Jail inspection with my colleagues, asked for “some occupation.” She was a qualified MBA,  and wanted “books” to teach other inmates. Perhaps I am too much of a movie aficionado, but ‘Shawshank Redemption’ has always been my favorite. The young woman was booked for murder, by the way.

That request led us like a Kindly Light. We ended up with Project Sahas– with prisoners both male and female, stitching high quality uniforms for girl students studying in Government residential schools. We extended it to the women undertaking “knotting” of scarves and stoles for the thriving local industry in Barabanky; with the help of local entrepreneurs.  Soon tasty’ buns’ were being fired in the British era ovens that went to feed the poor patients who were admitted at the Government Hospitals , sponsored under available hospital  funds. A library with more than 1000 books was set up,  with the kind contributions by good Samaritans and literacy classes began in full swing. An eye camp ended up with effective cataract operations and hundreds of spectacles being distributed.  I was blessed with highly efficient ,  enthusiastic team members of the district administration in this joyful endeavor. I should mention the warm support of the Judiciary and Corporates, who pitched in, in a most heartening manner.

That made us courageous to replicate the “Mahoba ” model by setting up a sanitary napkin production and distribution unit, staffed by poor women in the locality. Project Subah was sponsored under the funds available with the Panchayati Raj department and the consumers were the young girls and women in Government schools and hospitals. We simply copied a best practice that DM of Mahoba had started, and we had our successful unit up and running in six months time.

Another very satisfying pat on the back came from the Honourable Election Commission , when we received on the Voters Day,  2014 January 25th, an appreciation for the work the district did for increasing the gender ratio among the voters. When a woman goes out to vote, she has her Voter Id, an identity, a voice, a say in the future of her country. I remember my team, brain storming on ways and means to tackle the low gender ratio- often sitting late with sheets of data , working out the finest details to encourage more women voters. For two consecutive years 2014 and 2015, team Barabanky won the Election Commission award, for work done to empower voters, especially women.

HT Woman 2014 was a turning point for me as a woman and also as a professional. Like all women, I had carried my share of the ‘Monster baggage ‘ – the burden only strengthening me in the journey. The HT Award was a ‘Touch of Grace’. It has made me a better person, determined to be authentic and be unapologetically, her own true self. My determination to work for women and the oppressed has been reinforced by the award.

I am looking forward to publishing my first two books in Malayalam this year. One is a spiritual poetry translation from English. The second is a translation of Sri RamKrishna Upanishad from Hindi. The first is dedicated to a father figure and the second to my late teacher. Without the blessing of loving souls, no woman is complete.

I wish HT all the very best in their constant endeavor to nurture talent and service. May your tribe increase!

* (This article was published by Hindustan Times, Lucknow a week before their HT Woman 2015 awards.)

In many eyes I see

What I have seen within myself

Not very long ago.

Lost, wanting, but not daring to

Knowing deep inside the path

Lacking courage for the first step

Every nerve and sinew screaming

With myriad practicalities of whys

And hundred terrible fangs of cannots.

My worst enemy, I wish to tell them,

‘The head is bloodied but unbowed.’

So, dare to dream

And let out that scream.

As the train moved past stations

I saw the sleeping women:

In benches, in huddles

In a corner, laying the head

Across her packed luggage

All the forgotten sleep

That life’s days gave her

Slipped quietly in between

Till the whistle sounds

For yet another journey

When I watched Maleficent’s wings getting cut, and that horrendous cry of despair came out, I remembered, so many women, so many men, so many lives. I shivered.

He let me in on a secret.

He said, with his clear voice, ” She will get them back, and soar. Just wait, dear one.”

I remembered the words, what Meister Eckhart said, would be sufficient in the place of all prayers of the world.