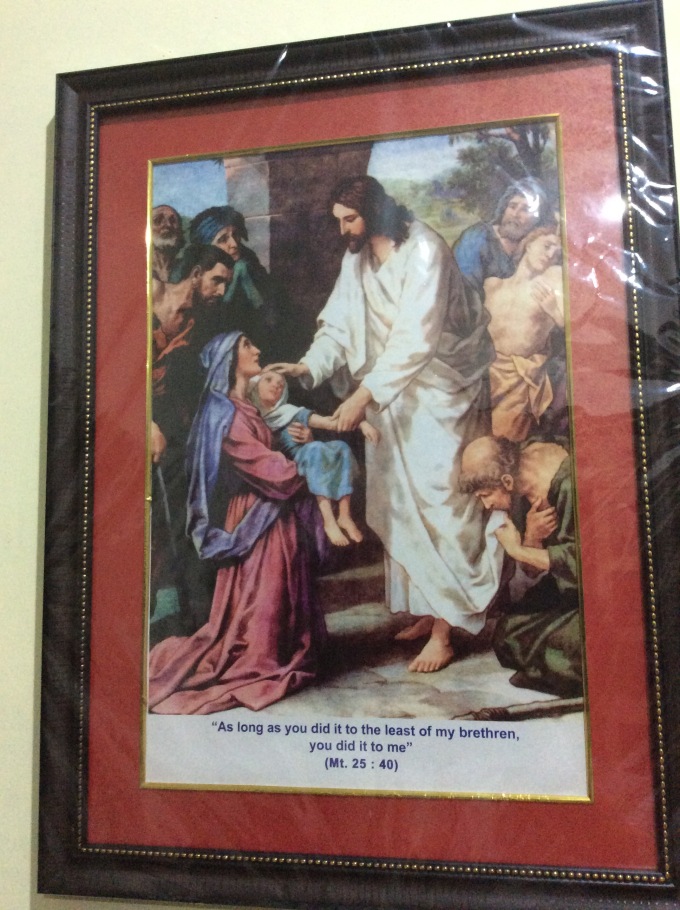 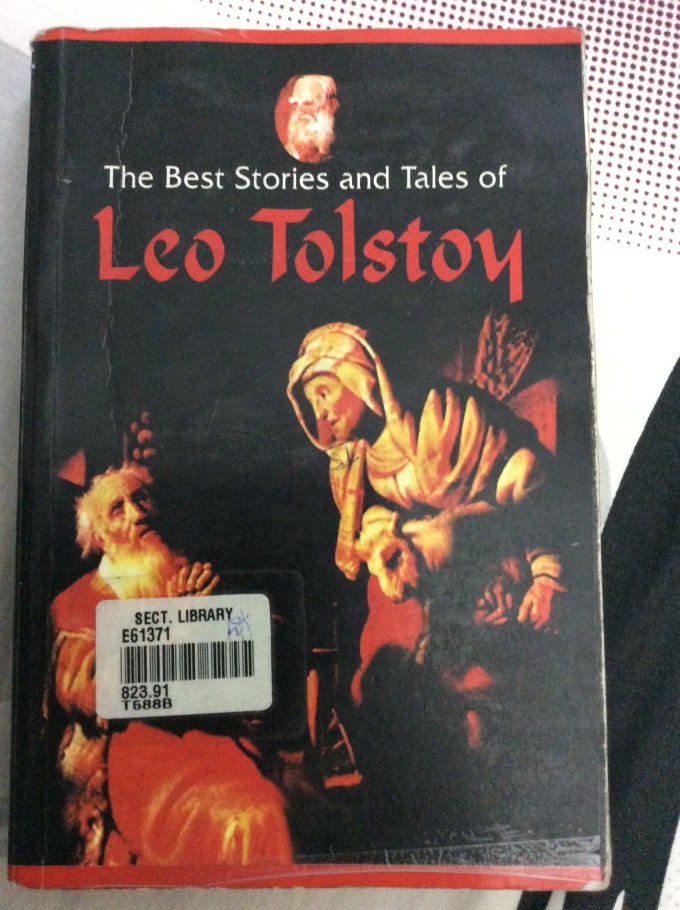 When I was in school, we were taught an enchanting story in my mother tongue. I must have been eight or nine then.

I still remember the awe and wonder in me, as the teacher described in her melodious way, the cabbage soup that Martin the cobbler offered to an impoverished mother and baby. You see, Martin had been waiting for God to come to him that day. Instead of serving the Lord any food, he ended up giving whatever he had to three visitors. And then  in the end of the tale, he understands when he sees a vision, that the Lord himself had visited him…I can still feel the goosebumps of that absolutely marvellous story..

It was serendipity which ushered the story back to my life. Fascinated with Matthew 25:40,  I had requested the dear sisters to give me a photograph of the Lord. They gave me not one but two lovely framed ones.

(One, I keep at my working place and another in my living room. When life feels burdensome, all I have to do is to look up at Him. Grace flows so abundantly and kisses me with new life and vision whenever I lift my eyes to Him.)

And that very day, I happened to pick up  from the library, a collection of Tolstoy’s stories. I opened at one page randomly  which had a story : ‘Where Love is, God is..’

The first two lines made my memory buzz like a honey bee. Hey! What was this? My eight year old self screamed in joy…Martin! It is Martin and his cabbage soup! In an ecstatic five minutes, I re-read the wonderful classic, realising that it was Tolstoy’s magical story telling skills that had  been embedded in my memory all the while!

And at the end, when Martin waiting for Christ throughout the day in vain, understands that the Lord had been at his home in reality….he opens his Bible,  and he reads where it opened….

It was a translation that we studied in Malayalam! The power of  the story- translated into a language  in a small land, so far away from Russia- was so enchanting that almost four decades later, I still remembered every nuance.

He watches and smiles….and does a  lovely magic at times, to show us the way! I can only bow in reverence before such wonderful grace!